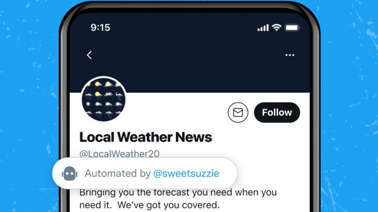 Twitter is currently testing out a new feature that lets automated bot accounts self-identify as such in their Twitter bio.

This new feature was designed to help restore trust, confidence, and transparency between humans and the numerous automated social media accounts. This new feature will require developers to explicitly identify if an account is a bot and identify the person running the account.

Twitter believes that bots can be used for helpful and legitimate reasons – such as using bots equipped with early disaster warning systems. However, it is currently difficult to identify between the good and the bad bots. This new label will help users identity between trustworthy bots and spambots that should be avoided. Increasing transparency is the goal, and this new feature will do so. This label will be available to developers by the end of the year.