Exclusive: Newcastle were the last side to beat Barcelona in a Champions League group game opener and Faustino Asprilla scored a hat-trick in epic win after ‘partying with lots of women’ in Colombia

Quite the weekend, wasn’t it. Ronaldo rocked back up in Manchester and there were Arsenal players trolling their own club.

Take your pick from the following and choose your favourite from the socials this weekend.

It just had to happen, didn’t it? Cristiano Ronaldo bagged two goals on his hotly-anticipated second debut for the Red Devils. Absolute scenes at Old Trafford.

The celebrity faces were out in force to see the Second Coming of Ronnie; from Burna Boy to Olly Murs, Dec Donnelly to Stormzy. And of course former boss Sir Alex Ferguson was there to watch the drama unfold.

But did you notice Ronaldo’s mother in tears of joy? Her attendance at Old Trafford may have come as a surprise given that Ronaldo previously banned her from attending matches.

Ronaldo has previously laid down the law: “She’s not allowed to watch big games.

“I say to her, ‘listen, I don’t have a father any more. I don’t want to lose my mum, too, so you’re not going to watch the quarter finals, semi-finals, or finals’.”

However, she could not keep her excitement and admiration for her son in any longer – what a beautiful moment.

Over in Germany, Borussia Dortmund beat Bayer Leverkusen 4-3 in the Bundesliga and we got to witness Bellingham’s amazing reflex skills.

The home fans weren’t best-pleased with his goals as they started pelting pints at the players however, the 18-year old was quick to react and swiftly caught a cup and had a cheeky sip – his first ever beer!

He said on Twitter: “Perfect day for my first beer… not a fan.”

PEPE PUSHES IT TOO FAR

Social media has been a minefield for Arsenal in recent weeks. Ainsley Maitland-Niles was fuming over not being allowed to leave.

And the Gunners became a meme factory as they stumbled to three defeats in their opening three games.

And even Nicolas Pepe was jumping on the bandwagon, joking about his team’s questionable performances this season. And then quickly deleted the ‘we are staying up’ post.

Maybe give your club the benefit of doubt before going in on socials, Pepe… 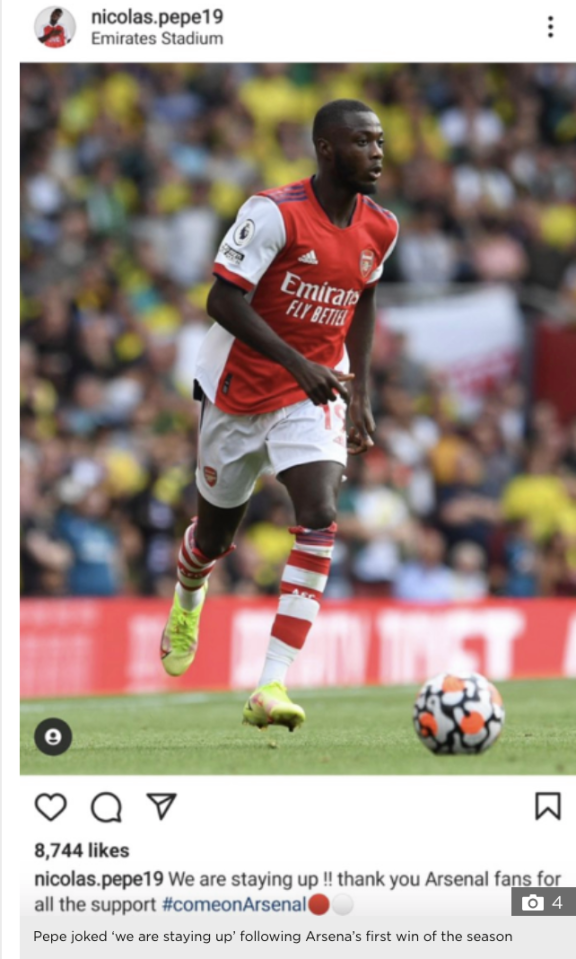 Filling our hearts with joy was Jesse Lingard, whose life-affirming post following Manchester United’s memorable victory over Newcastle had us believing in miracles.

JLINGZ told us to ‘Dream Big Kids’ alongside images of a young Lingard alongside Ronaldo in training, many moons ago. 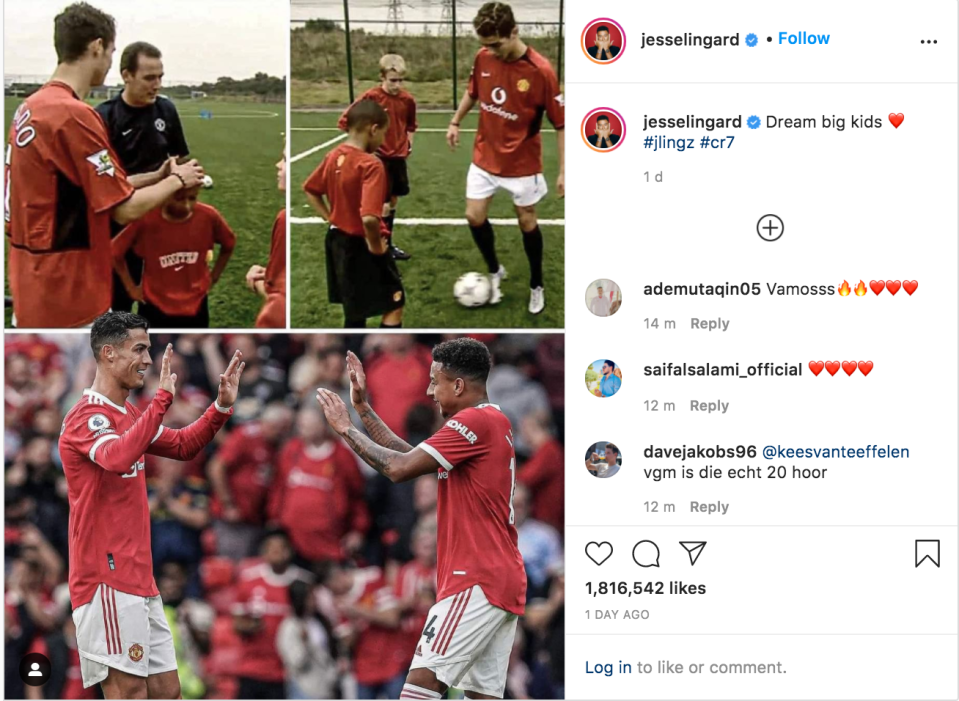 The 17-year old could be seen annihilating Jones and beating goalkeeper Henderson with a dinked finish during an Under 23’s game.

Fans on social media have reacted to the skill and hope to see the starlet to start in Arsenal’s first team soon. Very soon.

Exclusive: Newcastle were the last side to...