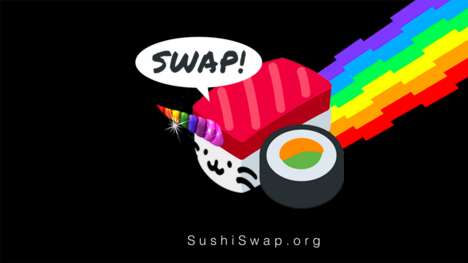 SushiSwap, a decentralized cryptocurrency exchange platform running on Ethereum, has announced the launch of ‘Shoyu,’ a new NFT platform that intends to reimagine “creative commerce.”

The announcement of ‘Shoyu’ came in the form of an intriguingTikTok post with a caption reading: “in a desert of NFTs, an oasis is emerging.” The post consisted of a short teaser trailer featuring desserts landscapes and an elusive metal sculpture reminiscent of Kubrick’s monolith in “2001: A Space Odyssey.”

The new platform was proposed by LexV, a former SushiSwap contributor who wanted to build an NFT marketplace with a frontend, caching layer, and infrastructure for art storage, all powered by SushiSwap technology. Shareholders of SUSHI can expect several benefits tied to the announcement of ‘Shoyu” including eligibility to receive 2.5% of every NFT trade on the platform.

Exclusive: How to Talk to Your Children...

Exclusive: How to Talk to Your Children About...

Exclusive: How to Talk to Your Children About...