Exclusive: Is Computer History Also a History of Physical Pains?

Exclusive: Deontay Wilder confirms new trainer as he prepares for comeback with sights set on Tyson Fury and Anthony Joshua

Exclusive: Looking for Bipartisan Accord? Just Ask About Big Business.

Exclusive: Nafisa Ali Sodhi Is Celebrating Life Today; Shares An Old Video Of Herself Smiling After Her Cancer Surgery In 2019

Exclusive: Siblings Florence Pugh and Toby Sebastian To Collab On A Song Together For The Fans

Exclusive: ‘Someone will get hurt’ – Tony Bellew brutally honest on Jake Paul fights and makes prediction for Floyd Mayweather vs Logan Paul

Exclusive: ‘How Lies on Social Media Are Inflaming the Israeli-Palestinian Conflict’

Exclusive: Biden gives GOP a shock, tells them they have to actually make policy to stay in the game

Exclusive: Best 5 Foods You Should Be Eating For A Soft And Smooth Skin

Exclusive: Reporter gets stumped when White House press sec. Psaki turns his hack question back on him

Exclusive: Jennifer Lopez Hints Love Is Back Between Her And Ben Affleck

Pep Guardiola’s side hold a 2-1 lead over the French giants heading into the second leg of the last-four clash at the Etihad, which is LIVE on talkSPORT from 8pm.

Goals from Kevin De Bruyne and Riyad Mahrez have put City in a commanding position as they aim to contain Neymar and Kylian Mbappe for a second successive match.

Sinclair, who played for City between 2003 and 2007, is backing his former club to reach a first ever Champions League final.

He told talkSPORT: “I do think there’s a scenario where City could blow PSG away.

“PSG’s confidence and self-esteem could drain and City could have a fantastic night. Listen, that’s what I’m hoping for.

“But you get to this stage in the competition and anything can happen. PSG could be lit from the get-go and it could be a very uncomfortable night for Manchester City. I’m excited.

“I read a stat earlier, if Man City get to the final, it would be 51 years between the last final they got to and this final in a European tournament.

“So that’s one for the fans who say we’ve got no history!”

Winning would also see City clinch a seventh successive Champions League victory, which would be a new English record.

They currently have six, a number jointly held by rivals Manchester United, Leeds and Arsenal. 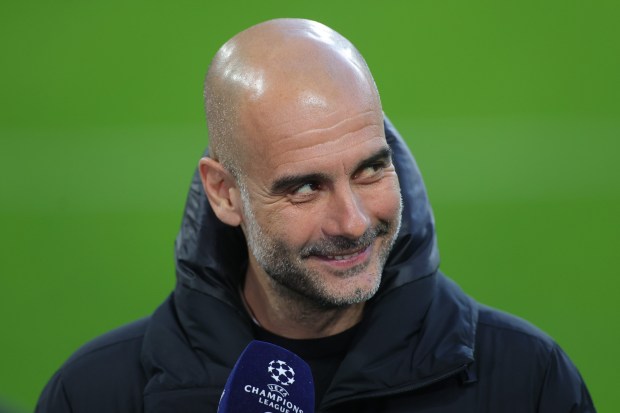 With Man City edging closer to a Premier League triumph, Guardiola was able to make eight changes for their 2-0 win over Crystal Palace on Saturday.

Meanwhile, with PSG trailing Ligue 1 leaders Lille by one point, Neymar, Marquinhos and Marco Verratti all played in their 2-1 victory against Lens on the same day.

Guardiola has admitted City’s match against PSG will be their toughest one yet in their quest to win the Champions League.

He said: “In my experience the second leg of the semi-final is always the toughest game, more than the final. It’s not just in this club, at all the clubs I have been at.

“In these games you are not going to play 90 minutes like we played the second half in Paris. I would love it, but that is not going to happen.

“You have to understand that this will be a big battle, there are moments to suffer.

“But I am pretty sure we are going to react well, do what we have to do and impose ourselves.”

Exclusive: Is Computer History Also a History of...

Exclusive: Looking for Bipartisan Accord? Just Ask About...

Exclusive: Is Computer History Also a History of...

Exclusive: Looking for Bipartisan Accord? Just Ask About...