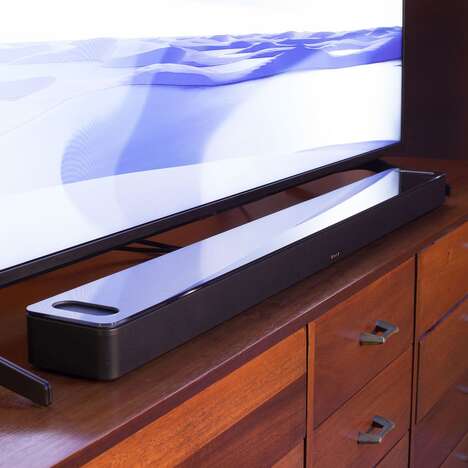 In terms of power, the ‘Smart Soundbar 900’ boasts nine different drivers, including two Phaseguide-enabled tweeters, a center tweet, four racetrack transducers, and two dipole transducers. According to the company, due to its employment of ‘Phaseguide’ technology, users can expect far superior audio positioning than those found in competing soundbars.

As for size, the unit measures just 2.3 inches tall, 4 inches deep, and 41 inches long. The sleek and slim soundbar pairs best with 50-inch TVs or bigger.