Exclusive: Oregon city councillor doubles down on transphobia after being called out by resident

Exclusive: 2 Red Objects Found In the Asteroid Belt. They Shouldn’t Be There. 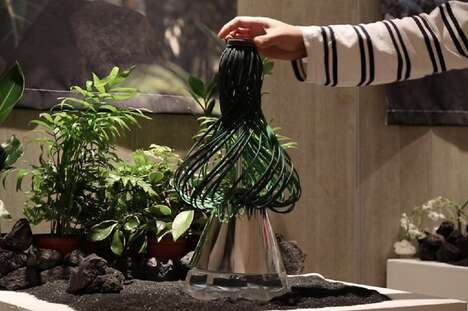 Keunwook Kim designed the non-humanoid Post-Plant robots. Inspired by the growth cycle and emotive movement of plant life, these robots are engineered to respond to and express emotion by reacting to physical touch. This non-verbal and physical interaction follows a period of research on how humans can read emotion via non-verbal cues.

Kim’s findings suggested that dynamic energy (arousal), intrinsic attractiveness (valence), and visual disposition (stance) act as signs for emotional analysis. The researcher used this information to create Post-Plant’s physical responsive system. For example, Post-Plant spins its propeller-like leaves in response to the touch of shivers, which indicates unhappiness. The goal of the project is to cultivate emotional relationships between humans and robots through non-humanoid kinetic gestures.

Exclusive: 2 Red Objects Found In the...